The renewed interest in the gastronomic heritage of Dubrovnik and the surrounding countryside, as well as the initiatives of a few producers and enthusiasts, has unfortunately not been followed up with the same interest among educational and catering circles or political and cultural institutions: The shops and restaurants of Dubrovnik boast very few traditional products and dishes, and the traditional dishes that are available are often not prepared with local ingredients.

There is no joint effort or strategy on the part of all interested groups to valorize Dubrovnik’s rich gastronomic heritage as an exceptionally valuable cultural treasure. Coordinated long-term activities involving all of the relevant groups and actors in the food chain will be crucial for making the most of the local GHC, so the pilot action has been designed to bring stakeholders together and to clearly present the role that they can play in the preservation, improvement, and adequate valorization of this GCH.

The saltworks, or solana, of Ston date back to Roman times, 2,000 years before Christ. Starting in 1333, Ston becomes an integral part of the Republic of Ragusa.

The tradition of salt production has been handed down for over 4,000 years, during which time the methods have barely changed. The process is driven by sea, sun, and wind.

Choosing literature for the desk research phase was easy because almost every text about the region contains at least a couple of interesting lines, but challenging because it was quite difficult to bring all of those fragments together into a functioning whole. There are very few scientific papers dealing with and defining the identity of Dubrovnik through culture, heritage, and food. Let this modest beginning be a foundation stone for the future documenting of this fascinating region through topics that are becoming more and more current.

The bitter orange, a member of the rue family (Rutaceae) is a small, evergreen, highly branched and thorny tree up to 8 meters tall. It has fragrant flowers and the fruit is very juicy with a fine, aromatic, bitter and sour flavor.

Bitter orange grows in the wider Dubrovnik region, but virtually no research or selection has ever been done, so it is possible that there are several different varieties in the area. There is no official seedling production in Croatia, so recently there have been locally driven initiatives to promotion the bitter orange. Specifically, the association DEŠA from Dubrovnik has promoted the project “Dubrovnik Bitter Orange Jam” and the Bitter Orange Day featuring a series of products including marmalade, orange juice, liqueurs, cookies, and cakes.

Bitter orange appeared in this area very early in the 10th century, having been brought from East Asia via the Arabian peninsula. Since then it has been domesticated and is a trademark of Dubrovnik’s gardens. Bit by bit, the bitter orange has become a nice gastronomic souvenir, and it deserves a lot more promotion and attention. There are traces of oyster farming in the Mali Ston bay from the time of Roman rule in this area. The first written documents about harvesting shellfish come from the 16th century, and about shellfish cultivation from the 17th century. These documents contain information about the concessions and privileges granted to oyster farmers. In the late Middle Ages, nobles from Dubrovnik would invest in oyster farms in Mali Ston, taking their payment in oysters instead of cash.

Only two species of shellfish are grown in Mali Ston bay, oysters (Ostrea edulis) and mussels (Muytilus galloprovincialis). The water is naturally loaded with salt,and the nearby Neretva River brings fresh mineral-laden water from the karst springs into the bay. Moreover, plenty of phytoplankton are found on the sea floor. Together, these factors make the oysters of Mali Ston among the world’s best. The oblica olive has been cultivated in Croatia for more than 2,000 years and is the country’s most widespread and economically valuable variety. The oil content on the fruit varies from 18 to 21%, depending on the growing area and conditions. In addition to having large fruit, this variety is highly drought tolerant, grows well in poor soil, and is very resistant to strong wind, all qualities which have led to its successful cultivation.

In addition to the plantation collections in Croatia, this variety is preserved at Alameda del Obispo in Cordoba, Spain, and in the world collection of olive trees in the National Institute in Marrakech, Morocco. 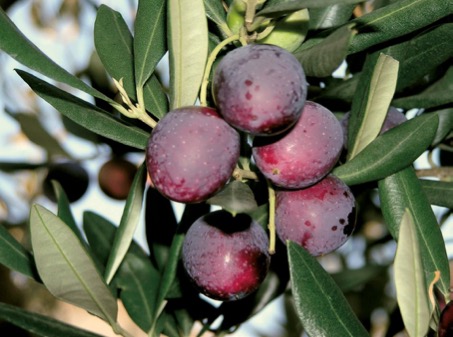 The Dubrovnik ruda sheep is one of the most endangered local breeds in the region. These sheep, which are raised in the Dubrovnik-Neretva region, developed during the period of the Republic of Ragusa through crossing local Pramenka sheep with Merino sheep imported from Spain, Portugal, and Italy to improve the quality of the wool.

Sheep of this breed are usually white, but they can also be black. The advantage of black ruda sheep is that their wool does not beed to be colored, but can be spun and knitted in its original form. Lactating ewes give 120-160 liters of milk per season, and the breed is also grown for its exceptional meat. Lambs weigh 25-30 kilograms at 3-4 months of age. In the late fall, fat sheep and rams are slaughtered to make traditional meat dishes. 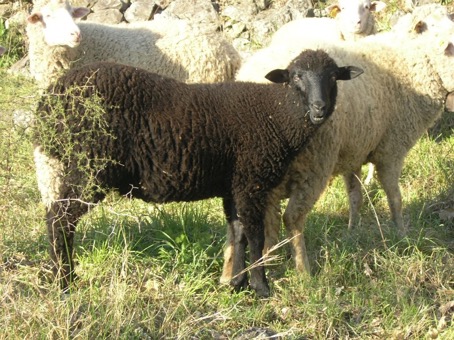 TO FIND OUT MORE